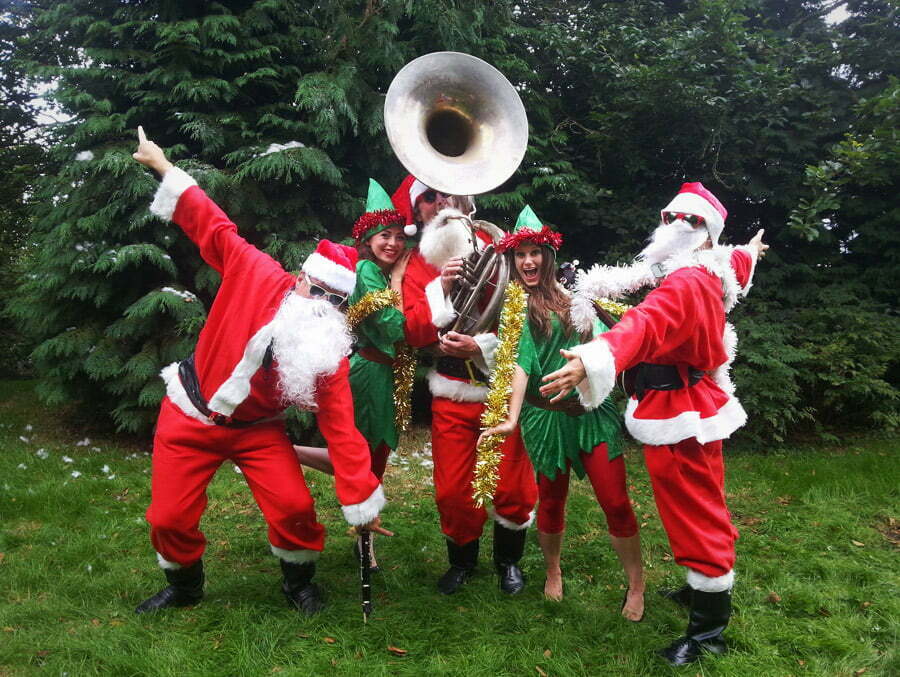 Okay, so maybe that’s not entirely true however those responsible for the office Christmas party or are in the events world will know that the festive period fills up quickly! At Silk Street Jazz, we’re pleased to have already had a number of bookings for functions up and down the country. If you are in need of a jazz band for your event – please do drop us a line.

In the meantime, even though it’s still the height of British summer (yeah, right) we have been looking at some of the best Christmas jazz numbers of all time! There’s a few great lists out there but we’re basing ours on the crowd reactions we’ve had over the years! Let us know if you think we’ve got it right!

Have Yourself a Merry Little Christmas

The quintessential Christmas song? It couldn’t not be on the list. Made even more popular in recent year’s with Sam Smith’s very decent cover. That said, it’s Ol’ Blue Eyes who boasts the ultimate version, naturally:

Another one with a whole host of covers out there, Bing’s being the obvious. The best-selling single of all time, it’s estimated to have sold over 100 million copies (which is almost as many people as we have entertained over the years)!

Even Ella couldn’t resist having a bash at this one! It’s a great one to get the Christmas party up and dancing!

One of the oldest number to make an appearance in our list, it’s had famous ‘jazzed-up’ versions from Louis Armstrong, The Beatles, Bing Crosby, Judy Collins and Nat King Cole to name a few!

Always send them home with a slow one! Well, it looks like it’s a white wash (pun intended) for Bing Crosby’s famous festive numbers. Not content with having the best-selling single of all time with White Christmas, Bing’s version of Silent Night is also currently the third best-selling!

Of course that’s a very small selection of the numbers we perform at Christmas parties and events as a band for hire. You can watch us in action or get in the festive spirit and listen to a few of our numbers on our Christmas band page. Enjoy, and remember –dates are filling up fast so get in touch!